Did you know ... that the Dutch are part of the origin of the modern pesto sauce?

Need to know
Published at 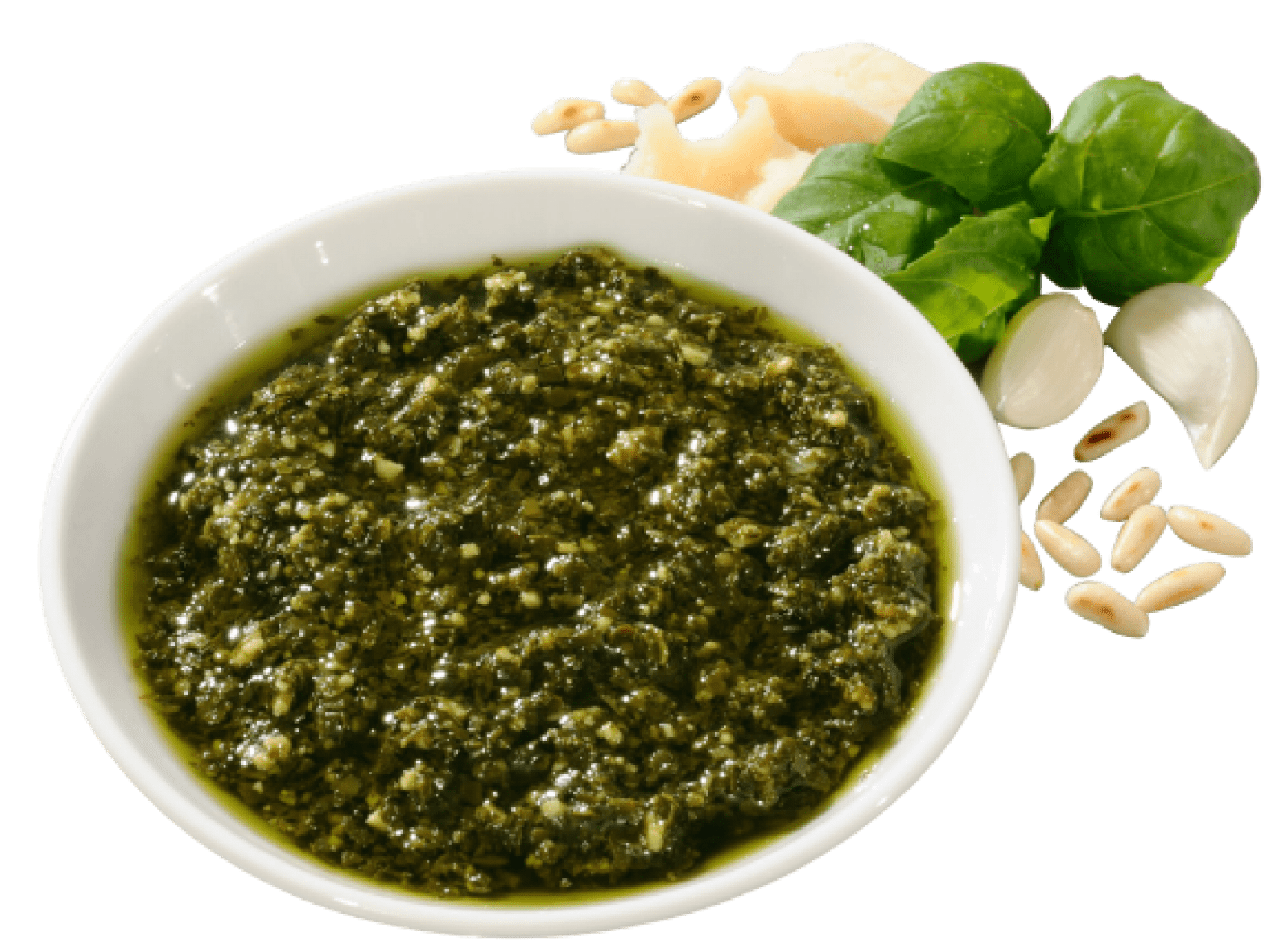 The name "pesto" is derived from the Genoese verb ‘pestâ’ (‘pestare’ in Italian) and actually means ‘to stamp or to crush’. This has to do with the original preparation method whereby all the ingredients are crushed in a mortar to become the unctuous mass that everyone knows.

The origin of the ‘pesto’, as we know it todaycan be traced back to Roman times, without knowing an exact time or period. They ate ‘moretum’, a pulp made by pressing garlic, salt, cheese, herbs, olive oil and vinegar at the same time. The use of this pulp in Roman cuisine is mentioned for the first time in the Appendix Vergiliana (1573), an ancient collection of poems detailing the preparation methods of moretum.

During the Middle Ages, a popular sauce ‘agliata’ took part of daily life in Genoa: it was a puree of garlic and walnuts.

The introduction of basil, the main ingredient of an original pesto today, probably dates back to the early 19th century. The first written recipe of it can be found in the book “La Cuciniera Genovese” (1863) by Giovanni Battista Ratto. He describes this recipe as follows: “Take a clove of garlic, basil (or, if that's missing, marjoram and parsley), grated Dutch cheese, Parmigiano and pine nuts, and crush everything with a little butter in a mortar into a smooth paste. Then mix abundantly with a good oil."

Did I read it correctly… Dutch cheese?

Yes, you did. It is certainly remarkable that Giovanni Ratto mentions Dutch cheese instead of Italian cheese in his recipe for pesto.

Northern European cheeses, and especially Dutch cheeses, were common in Genoa at the time. And for very obvious reasons. Genoa was already an important commercial port and naval base during the Roman Empire and evolved over the following centuries into a very rich commercial power with trade lines even as far as Asia. And if you know that the Dutch were also known at the time for their commercial activities all over the world, the link is quickly made and why Dutch cheese could be found in the first described pesto recipes.

As for basil, it was always abundant in Liguria during the season. Out of the season, marjoram and parsley were used as an alternative to fresh basil.

Back to the overview